Since July 2012, in association with the Centro di Ateneo SInAPSi , the Fondazione Genere Identità Cultura has been promoting the project “La bellezza e la bontà delle bambine – la forza e i muscoli dei bambini: genere e generi appresi.” Inspired by gender education and pedagogy, the project proposal represents an opportunity to raise awareness for boys and girls about gender stereotypes, involving and engaging all those who work for and in educational institutions, a commitment to reflect on educational practices, school curricula, textbooks adopted, learning methodologies and knowledge transmitted both implicitly and explicitly. The proposed workshop activities involve the creation of a space/time, physical and emotional, in which boys and girls, teachers and parents, have the opportunity to question gender stereotypes, feeling free to deconstruct them and “transgress” the rules imposed by society on gender roles.

The project is addressed to:

Interactive-narrative approach that not only provides a passage of information or passive listening to stories, but proposes the active participation of children who are the protagonists of a reflection on gender stereotypes learned in the contexts in which they are immersed, from family to school, from the gym to recreational places. The attention is focused on the process, not the resolution of problems, but the increase of children’s empathic abilities, the acceptance of feelings, behaviors and the way of being one’s own and others. An essential tool of the proposed workshop activities is the revaluation and use of fairytale narration to which children are too often no longer accustomed. Children need fairy tales: they are not simple stories that in the past were often used by parents to put children to sleep, but they are life stories that teach them how to grow up, how to build their own identity and how to esteem themselves and others (Bettelheim, 1977). In the narrations proposed the emphasis is placed on aspects related to gender socialization and consequent stereotypes that are then unhinged in the course of the story in such a way as to offer food for thought to children, reflections that often emerge from their drawings.

Each meeting lasts about an hour each and the workshop activities always take place in the presence of the teachers.

For the teachers there will be experiential courses organized in accordance with the themes of the project and in parallel with the activities planned with the children. There are also meetings for discussion and information for all parents interested in the project.

The meetings are conducted by a staff of psychologists and psychotherapists.

The project includes four meetings per class lasting about one hour and four afternoon meetings with the teaching staff lasting two hours. The meetings with students and teachers are held every fortnight and, since several classes per institute have been involved, the project lasts five to six months.

Since ya 2012 the following educational institutions have participated: 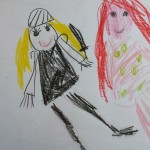 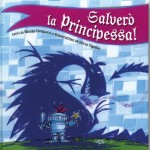